The Impossible Trident. The impossible trident, also known as a blivet, is an impossible object that appears to have three prongs, but transforms into just two prongs at the fixed end. Looking from one end to the other can be disorienting. One of its first appearances was on the cover of MAD Magazine in March of 1965.

Caf Wall—Straight or Crooked? Dr. Richard Gregory first observed this illusion in the tiles on the wall of a Bristol cafe (hence the name). The alternating light and dark bricks are staggered and the gray “mortar” lines separate the layers. But while the lines may look as if they curve, they are actually straight across and parallel. 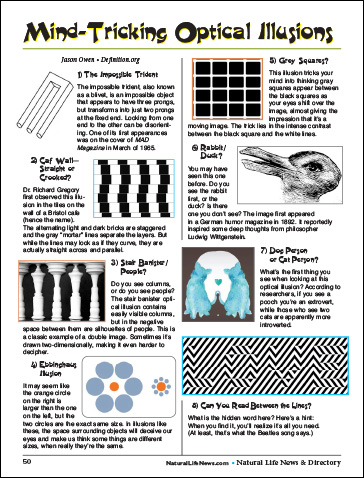