Is Hypnosis for the Weak Minded?

Is Hypnosis for the Weak Minded?

“Get Mikey to try it. He’ll try anything.”

I will admit that ten years ago. I would have firmly agreed that only the weak minded can or would be hypnotized. Years ago I watched a television show where people were made to look like fools in front of the audience. It was suggested to one man that he had never heard the number seven and consequently could not count to ten even though he insisted he had ten fingers!

Well you big gullible dummy” were the first words that came to my mind when he couldn’t figure it out. It’s funny how time and some education have changed my mind and now I might suggest that the words “weak-minded” be changed to open-minded. 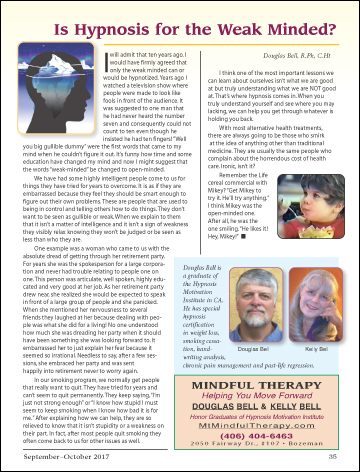